Asia’s top rated country with the most rate of plastic surgery is Korea. Why is that ? The Korean media and society is to blame. The rise of social networks in this age is an important factor of it.

Where does it comes from ? Its origins goes back to Doctor David Ralph Millard, an American who served in the Korean Conflict as Chief Plastic Surgeon to the U.S Marine Corps in 1954 in South Korea. He practiced surgery for double eyelids in order for Koreans to have a western appearance. The aim was to facilitate their blending in the international economy.

Cosmetic surgery is known popularly as feminine practice but men too resort to plastic surgery. People from all over the world come to Korea, especially Chinese and Japanese for its cheaper rates, proximity and worldwide recognition.

Koreans have a certain beauty standard to be followed which does not follow western looks but its own unique identity. Slim features on white skin are preferred with a small face, big round eyes, double eyelids and a v-line jaw.

The media has an important influence over cosmetic surgery seekers. The Korean film “200 Pounds Beauty” (2006) romanticized the procedure showing an obese woman singer’s path to success after resorting to cosmetic surgery and becoming slim and beautiful. Another television series “Boys over flowers” displayed beauty ideals of men with their delicate features being compared to flowers as looking at them is « pleasant ». 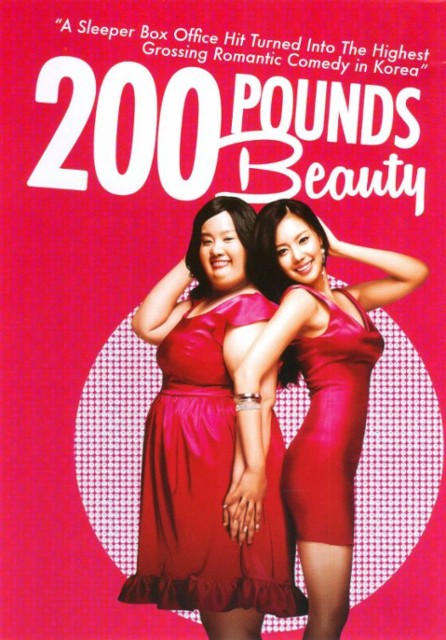 Celebrities often deny the practice insisting it is their natural beauty. Why do they do that? The rather conservative society prefers natural beauty. The issue is almost a taboo as it shows an inferiority complex. But pictures do not lie. Fans realize the practice and sometimes feel encouraged to follow their idols.

Through these media projections, cosmetic surgery has a rather positive image. However the risks are not shown. The surgery may not be successful at every attempt. Therefore medical disputes are very high in Korea.

Important social pressure is the cause of it. Even parents give it to their progeniture after their graduation as a gift. Cosmetic surgery is encouraged by the Korean Society in order to get married and have a job, especially for women. There are advertisements everywhere in the subways which lead to complaints from citizens asking for their removal and to stop discriminating against women and pressuring them. They will hopefully be removed by 2022.

It also has huge social consequences for women as one got divorced because she lied about going under the knife. Women practicing surgery create a vicious cercle as they lead their mothers into doing it too so that it would seem less obvious and more relevant.

One woman is portrayed, on the left is her before the surgery face and on the right her after the surgery face. The left face is showed as devilish with the devil’s corns opposite from the right who has a crown as to display a princess. (The Welming)

It also has huge social consequences for women as one got divorced because she lied about going under the knife. Women practicing surgery create a vicious cercle as they lead their mothers into doing it too so that it would seem less obvious and more relevant.

What about its negative aspect ? A side effect of the practice, the body dysmorphic disorder (BDD) is a psychological illness which happens when one is not satisfied with their appearance and find flaws in their body even though there are not any. They do not find themselves attractive and feel the need to change their appearance frequently, even though they could be seen as attractive to other individual’s eyes.

What about their children ? They will definitely not look like the manufactured pieces that created them.

The obvious side effect is that they all look-alike because of their common beauty ideals. There was a controversy surrounding Miss Korea contestants as they all looked about the same. This desire to look perfect like everyone else could be inspired by Confucianism principles such as physiognomy which plays a big part in this desire for « improving » one’s appearance. By definition it is “the art of discovering temperament and character from outward appearance” (Merriam Webster). Through one’s facial features their qualities and character can be found. In order to build one’s inner characteristics, and therefore their future and success Koreans depend on cosmetic surgery.

Psychologically satisfying though ? A positive effect is remarked by psychologists, the practice helps individuals gaining confidence and reduces depression. Also, it facilitate their road to success as the majority of the Korean society cares a great deal about appearances.