A true legend has left this world much too soon. Prince died in his home in Minnesota on April 21st 2016, leaving fans and colleagues in grief and sorrow over the loss of a true musical genius. 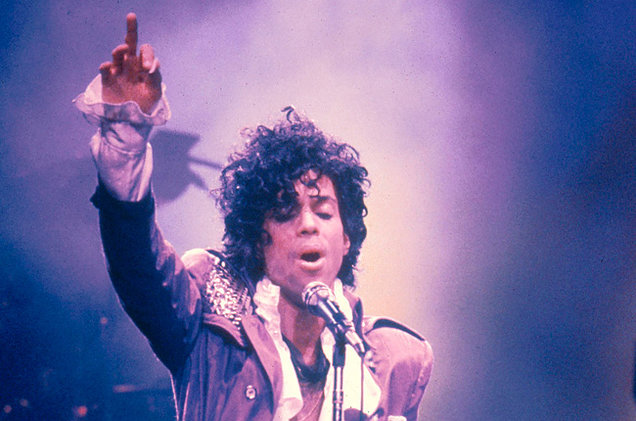 On the 21st of April, the legendary musician, Prince, took his last breath in this year’s spring, before even having reached the winter of his lifetime. At only 57 years old, he was found dead in an elevator at his home, Paisley Park, in Chanhassen, Minnesota, at the break of dawn, leaving behind a world of music lovers both confused and devastated. Not many people can claim to be both a respected singer, producer, songwriter, showman, one-man studio band and an incredible icon to people of all ages. Not many artists can succeed equally in genres such as pop, R&B, funk and rock. Not many, but Prince could!

By the bourgeoning name of Prince Rogers Nelson, Prince was born in Minneapolis on June 7, 1958 by two musicians who would later divorce. Prince was inspired by his parents’ Musicology and would later in life teach himself to play dozens of different instruments such as the electric guitar, keyboards and drums. One might regard the child Prince as a child prodigy, since he taught himself to play many instruments by ear and would write his first song at the age of only 7 years old. According to Prince himself he knew at the age of 12 that he wanted to be a musician until his dying day, not knowing at that point that he would eventually end his life after just having toured with his solo project “Piano & a Microphone”.

While he was still a teenager, he was signed to Warner Bros. Records, where he would be promised full creative control of his music. He released his first album, “For You” in 1978, but it was not until a year later with the album “Prince” that he would break through with the hit I Wanna Be Your Lover, which would become no. 1 on the R&B charts in 1979. As his music entered the 1980ies, almost all of his albums would sell in millions and reach the Top 10 in the US.

On stage, the artist would be a human firework of surprises and great talent, and with hits like Let’s Go Crazy, Kiss, Little Red Corvette and I Would Die 4 U, he would make his audience party like it was 1999. His silky, soft voice and his brown, doe eyes would make even Doves Cry, and his sexiness would appeal to both men and women’s Dirty Mind. After the main show, he would often serve his concert audience with a late-night club show, where he would introduce them to even more musical delicacies.

Prince would sell more than 100 million records world wide, win seven Grammy awards and an academy award, which all seems to be well deserved, since he famously recorded the majority of his music unassisted, playing every string, key and drumstick and singing every chorus, verse and back-up on the album. Many of his albums would be credited, “Produced, arranged, composed and performed by Prince”.

His brilliancy as an artist was equivalent to his eccentricities as a man. He will be remembered for his fondness of the color purple, for never owning a mobile phone, for rarely giving interviews and for his strict policing of his music online. He was an enigma in so many ways, as he for instance publicly announced the following idea in 1981: “Am I black or white? /Am I straight or gay?”. He would change the name “Prince” that got him famous into a simple sign, which unified the female and the male symbol, and as the press was not able to print this symbol, they began calling him “The Artist Formerly Known as Prince” or TAFKAP. In 1996, he would though return to his original name, Prince. He dedicated his artistic persona to unifying various dualities, such as racial-, sexual-, cultural- and musical dualities, all the while dedicating his private self to being a vegan and a devoted Jehovah’s Witness, since the year of 2001. 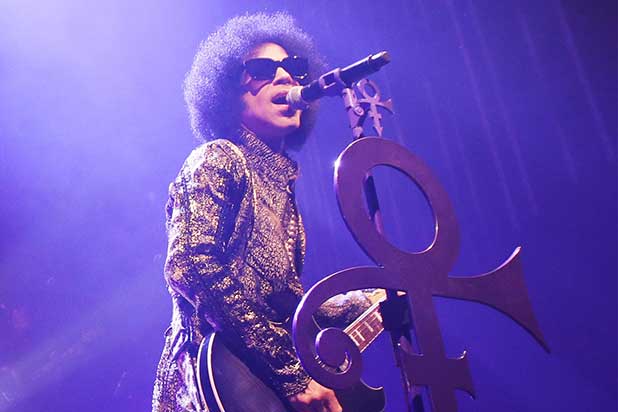 Prince was alleged to have dated several women, such as Madonna, Carmen Electra and Kim Basinger, but twice in his life he would meet The Most Beautiful Girl In The World, as he met and married his backup dancer and singer, Mayte Garcia in 1996, divorced her in 1999, and later remarried Manuela Testolini in 2001. They divorced in 2006, and he would end his days as a single man. Professionally, the 2000s turned out to be a very successful decade for Prince, as he was inducted into the Rock and Roll Hall of Fame in 2004, and in that same year, Prince was the highest paid recording artist in the world.

Prince, Nothing Compares 2 U, as he titled his song, which he gave to Sinead O’Connor, who made it a smashing hit. As an artist, he was simply unique. In a statement, President Obama honored the deceased artist by saying: “Few artists have influenced the sound and trajectory of popular music more distinctly, or touched quite so many people with their talent.” His death has sadly left room for controversy between his sister Tyka Nelson and their half siblings, as Prince did not leave a will, and now, at the wake of their brother, the family is fighting over his financial legacy.

Prince has been compared to the equally phenomenal artist, Michael Jackson, several times, and now it seems as their cause of death might have some similarities as well. So far the actual cause of death has not been announced officially yet, but rumor has it that Prince was addicted to pain killers at the very end of his life. Just as Michael Jackson had a “friendly” doctor in Conrad Murray, who was friends with the singer and administrated his medicine, even though Jackson did not have a medical reason for taking the drugs, it is presumed that Prince also had a “friendly” doctor, who exaggerated the artist’s prescription of painkillers. These doctors turn a Doctor Strangelove into a Doctor Blind Love, and just as in the case of Michael Jackson, Prince’s doctor might be an accomplice in the case of a drug overdose.

Prince’s family had arranged a small funeral for around twenty people on the 23rd of April, but it has been announced that a bigger memorial service will be arranged to honor the artist. This will be When Doves Cry and the sky will cry Purple Rain. The small man from Minnesota has left a huge artistic mark on the world, and will forever ring a high note bell with many people. Indeed, Sometimes it snows in April, sometimes I feel so bad, so bad. Sometimes I wish that life was never ending, and all good things, they say, never last. Prince Rogers Nelson, may you rest in peace, while we salute you in purple.