An elementary school in Denmark might be getting closer to the age old question: Which one is better, Star Wars or Star Trek. By watching both science fiction franchises in class, the kids learn valuable lessons about how we should interact with each other in our own world, and Star Trek might set the better example for the kids. 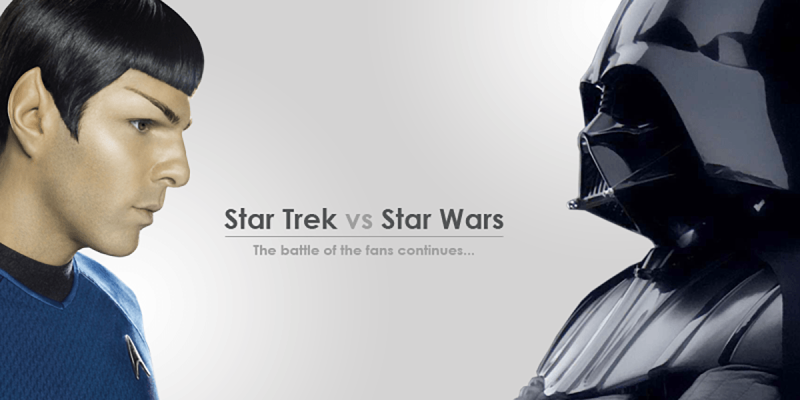 The trials and errors and the victories and defeats of both Star Trek and Star Wars are all very present in our everyday life. We do not even have to travel to galaxies far far away, where no one has ever gone before, in order to relate to these science fiction franchises. Their worlds are integrated into our present world for better and for worse.

Nevertheless, Star Wars and Star Trek represent two very different approaches to the world. They both share the word “star”, which indicates that the stories take place in the unknown, in outer space, but then the words “trek” and “wars” differ, leaving us with a clear understanding of their storyline. To trek has something to do with discovery, to move towards the unknown, to continue in one direction. War instantly divides the world in at least two groups, it separates rather than unites, and there is an un-denied discourse of “good and evil”.

The popularity of both franchises is undeniable, and the two science fiction views on the unknown have always been rivals. But now, it might be time to take a serious stand as to which universe one prefers. In the wake of the new release of Star Wars: The Force Awakens, and in anticipation of the new Star Trek film, Star Trek Beyond, the Solvangskolen elementary school in Farum, Denmark has decided to teach kids about the two different approaches of the science fiction franchises. “In a world of war and segregation, we believe that it is important for our children to learn about the different discourses that we follow amongst each other. How important it is to seek understanding, knowledge and discovery before we turn to war and the labeling of people”, says Mrs. Jensen, who is the teacher and the mind behind this idea. “Both Star Trek and Star Wars are very popular universes with our kids, who already relate to the storylines of the franchises. Therefore, the kids learn about acceptance and respect for one another through their pre-embedded love for science fiction.” One might think that the kids are too young to grasp the message and the seriousness that lie behind the actions of both Star Trek and Star Wars, but their teacher has already seen some mature views on the themes coming from the kids: “Of course there are still some kids that prefer Star Wars over Star Trek because of the light sabers, the good and the evil and the fast action, but we have seen how some kids lean towards Star Trek because of the unity and the cooperation”, Mrs. Jensen continues.

“We have to be good to one another and work as a team”, says Patrick Nielsen from Mrs. Jensen’s class. “That makes the world a much better place to be”, he continues before running off with his friends.

Does this settle the eternal debate of which science fiction franchise is the best? Has Star Trek beaten Star Wars by not engaging in a war between good and evil but instead by preaching unity? Solvangskolen in Farum, Denmark, might be able to come up with an answer to this notorious question at the end of their work with both Star Wars and Star Trek.