From Shakespeare Santa Cruz to the California Shakespeare Theatre, Danny Scheie worked hard to become one of the most emblematic figures in experimental theatre. He not only embraces the Bard’s plays but rejuvenates them through a camp prism so as to explore gay and lesbian issues. 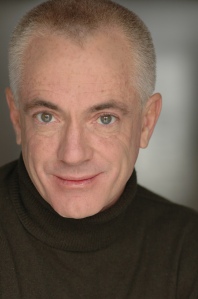 Actor, drama teacher at the University of California, Berkeley and former director, Danny Scheie’s career is very eclectic. As far as he can remember, is passion for theatre began when he was a three-year-old boy. For him, theatre is not only a means of expressing his sensitivity but also of reflecting the evolution of society towards the gay community. And indeed theatre and the gays go a long way back in the Bay Area.

The evolution of gay theatre in the Bay is deeply linked to the Summer of Love, this « super beautiful and liberal » movement for the aknowledgement of sub and countercultures. Since the 1970s, San Francisco has become a shelter for an increasing number of gay and lesbian people.

The Rhinoceros – considered by Danny Scheie – as his « artistic home » is the first officially gay theatre. It was created in San Francisco in the late 1970s by Allan Estes Jr. He wanted to give the queer community the visibility they deserved by « developing and producing works of theatre that enlighten, enrich, and explore both the ordinary and extraordinary aspects» their community possesses.

Original plays were written and performed there at that time, including Doug Holsclaw’s Life of the Party and The Baddest of Boys. In the 1990s, Danny Scheie, directed Holsclaw’s play : The Last Hairdresser, which won a Critics Circle Award for Best New Play and was nominated for Best Director.

According to Jack Babuscio, a pionneer in Gay and Lesbian Studies, those ordinary and extraordinary aspects are covered under the term camp. Well known among the gay community, this term refers to a « gay sensibility », a « creative energy reflecting a consciousness that is different from the mainstream ». In short, « a perception of the world which is coloured, shaped, directed and defined by the fact of one’s gayness ».

Judy Garland’s performance in The Wizard of Oz, is regarded by Danny Scheie as a camp reference. Initially referring to her hopes and perspectives towards a possible better future « somewhere over the rainbow », became, within the gay and lesbian community, a camp anthem. However, Danny Scheie reminds us that this kind of sensibility is sometimes too exclusive and hard for an uninformed audience to figure out.

Judy Garland sings« Somewhere over the rainbow », The Wizard of Oz, Victor Fleming, 1939

According to Danny Scheie, who spent years acting in and directing Shakespeare plays, no major changes are needed to interpret the Bard’s plays as a part of the camp culture. To understand the whole Shakespeare’s masterpiece, it is necessary to recontextualize it within the artistic and social boundaries theatre had to deal with in the late 16th – early 17th century. As Danny Scheie reminds us, « Shakespeare’s plays were originally created for men, there were no female actresses ».

The impact of Shakespeare’s rejuvenation

It is interesting to investigate those constraints nowadays because it allows the whole theatre community, from the director to the actors, from the tech staff to the audience, to understand more precisely the inner message hidden in Shakespeare’s plays.

This sort of textual interpretation can actually be found in one of the most renowned Shakespeare plays : A Midsummer Night’s Dream. Danny Scheie, directed by Aaron Posner, played the role of Bottom who fell in love with another male character, Flute. This love story is not clearly recounted in the original play but a serious textual and historical interpretation makes this « story within the story » possible. 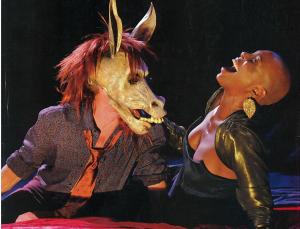 Coproduction : a key of success ?

Aaron Posner’s adaptation of A Midsummer Night’s Dream was actually performed in the Two Rivers Theatre in New Jersey. Putting up a play costs a lot of money and a growing number of companies tend to develop co-productions. In other terms, two or more theatres decide to work together in order to put up a play. Thus, those economic constraints seem to be an opportunity for some people among the acting community to perform in different cities.

Coproductions not only allow the cast to be confronted with different audiences and thus aknowledge the camp culture but also give experimental theatre companies the opportunity to achieve national success. For instance, The New York Times and The San Francisco Chronicle wrote articles in which they welcome the audacity and the creativeness of the play.

Thus, exploring Shakespeare in a queer way, just like Danny Scheie did in A Midsummer Night’s Dream, but also when he
directed Twelfth Night, another play he put up for the Rhinoceros, tend to legitimize homosexuality for a wider audience. In short, the representation of gay and lesbian people on stage is no longer limited to dedicated plays and theatres but allows the LGBT community to be represented in much mainstream theatres giving Danny Scheie the opportunity to explore the camp aesthetics that intentionally blurs the fronteer between gender and sexuality.